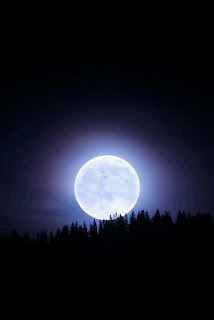 The moon waxes into fullness, just after midnight tonight, on November 23 at 12:39 A.M. EST.  She will be at 0* Gemini/Twins/Mercury Ruled, opposing her paramour, our little sun who has now entered Sagittarius, and is also at 0*.  This is also known as the Beaver Moon.  Beavers are very industrious, as are many of us right now, trying to get a lot accomplished, in the hustle of bustle of the season and cleaning and preparing for our winter blanket.


Things are certainly, snap, crackle and popping in the air and the earth, which is roiling with a lot of earthquake activity right now.


In Gemini, Luna is activating the earthly mind and mundane things, culminating in this full moon, while the solar guide is activating our higher purpose, thoughts of career, education, foreigner’s and travel.


Jupiter now happily ruling in his own sign of Sagittarius, is hanging right with the sun, magnifying that solar energy/power while Mercury RX at 10* is coming back to join them, and bringing back old memories and thoughts of friends from the past too.  In fact, it is during these times, we run into old friends, and of course, may 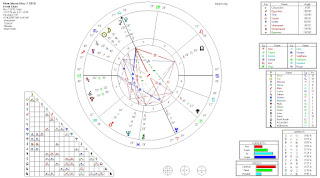 have some snafu’s with our electrical devices or cars, especially since Uranus is also RX at 29* in Aries and opposing a newly direct Venus/Aphrodite, now at 3* of Scorpio.  (She can be vicious and vengeful here, so be careful.)
This can ask you, are you sure about this love relationship?  Remember, in Aries, Uranus can be rash and even more sudden than he usually is, so try and refrain from rash judgments, comments or actions, which you may very well regret later.  Venus in Scorpio can magnify this too. 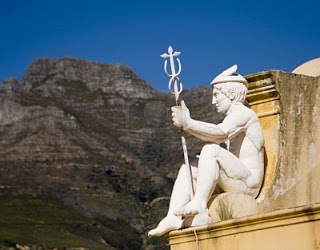 Venus may have either brought back some lovin’ to your relationship, or dug up the old wounds that can still smart a bit, and Mercury RX on her heels can make us think of previous loves, and particularly affairs.  In Sagittarius, he might make us think about foreign lovers and certainly is bringing up the whole topic of Immigration and the spotlight on the Caravan coming up from The Honduras, fleeing dire situations looking for the American Dream.


We will end up returning some of our purchases and gifts, and definitely be ‘re-gifting’ if the exchange falls before Mercury is Direct on December 7TH, where he has travelled back to 27* Scorpio, in search of the truth.


Neptune is also in her rulership of PIsces at 13* PIsces, and squaring Mercury who is at 10* Sagittarius, adding to the ILLUSION that is so hard to see through.  Think of the term, FAKE NEWS.


The waters are murky indeed, so anchor yourself.  (This is where, ArcAncient’s, 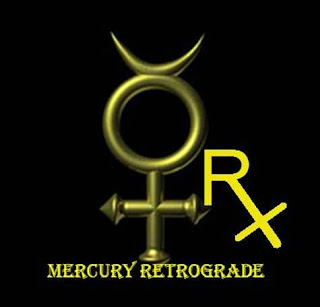 Sleep Angel © comes in handy, or Stress Xtra.
While Saturn/EL is loving his own world at 7* Capricorn the goat, we have a lot of heavenly spheres/beings all wanting to be in charge, at least in their own domain.  This is also a good thing to keep in mind for us, to stay in our own lane, and be the best we can be, at what we are good at, not what or who we are not.
So, we have grounding rods during these transits, including the newly shifted Head and Tale of the Dragon, who has made the change from the Aquarius/Leo axis where they have been eating and releasing the past, and have the yang, outgoing energy.  Now, they are in Cancer/Capricorn, so that head is digesting where she wants to go, and considering the energy of the moon/mother and causing us to release the past of Capricorn…so this is a NEW ENERGY TO WHAT WE VALUE AND WHAT WE WANT TO SEE ON THE WORLD STAGE, POWER-WISE.  Yes, this activates the overly charged and potent Cardinal Cross: Aries, Cancer, Libra and Capricorn.

We might find it easier to release the ‘illusions’ of what success mean to us, and stop that need to climb the ladder to the very top, having gratitude to what we have NOW.
So, curl up with a good book, good friend and nurture yourselves, make that comfort food and play some games by the hearth.  This new 18 month period should feel more comfortable internally, than the past 18 months.


Happy Holy Days!  The night increases, Pluto/Hades is happy in his lair with his consort (by force) Persephone.  Make yourselves comfortable and hang out in bed a little longer…great time to do some dream work.  Wake up and write down the vivid images you experienced through the night.


A REMINDER THAT I WILL BE TEACHING A 4 HOUR CLASS ON December 29TH AT THE REIKI ROOM IN LAKEWOOD.  Will go over the stars that are forming a very powerful aspect pattern in the coming year and also into 2020, that period will be more powerful than anything we have experienced so far.  I will look at your own personal chart too, for a small snapshot on how it will affect you and what you can do to prepare.  It is BYOB, we will have some snacks.  We will laugh and learn, some deep, secrets.

Happy Thanksgiving to all of you!

Here is the short list of predictions I have made that have come to pass:
Predictions made by, Gloria O’Neil-Savage ‘Sangreal’.

1.    Death of Dianne Murray (Witness, Denise Z.)
2.    Parent’s house being robbed, and the girl who was in charge of robbing the house.  (Told my little sister it was robbed, nothing was missing, but I know, because ‘I felt it’ when I came home from school to get ready for work.  I was interrogated, by the police, because they wanted to know, how I knew, if I was not in on it.)
a.    Later in the week, while at my school locker, my friend was also at hers next to mine, when a friend of hers came up and said: “Hi, Gloria”…in that moment, a voice inside started to say: “She robbed your house”.  I tried to dismiss it, but it only grew louder and louder, so loud, that by the time I sat down in study hall, I was worried, everyone else could hear it coming out of my body.  I went down to the office to find out what class, Tammy was in, my friend, and Debby Somerville was behind the desk.  I asked her if she could tell me what class Tammy was in, and she said: “Yes, I can find that out for you, Gloria”.  She went to the card files and pulled out a card that said she was in Biology class.  I went up to the class, the teacher was out of the room.  I peeked in and saw Tammy.  I asked Tammy if she could come out so I could talk to her for a minute.
I was a pretty small person back then, probably not even 100lbs, and pretty short.  Tammy, was much bigger, taller.  But, when she came out, I said: “You robbed my house!”…She recoiled, looked like a trapped animal in her eyes.  She said: “No I didn’t, why would you say that?”…I repeated it, my rage growing, “You robbed my house!” and with that, I was banging her into the lockers, raging at her about robbing my house, crying the entire time, I was white-hot mad!  Of course, that brought the kids out to the halls, and they started exclaiming, O’Neil is beating up Stewart!  Then the doors down the halls started swinging open, and teachers came down and brought us down to the office.  I was told the police were handling it and I needed to let them do their job, it was not my job.  I was given detentions.  It came out days later, that she was the one who robbed my house with the rest of the kids, and it was HER idea.  I also found out, they knew at the time I was sitting in that office, and yet, I was given detentions.
3.    Transformation of street, new buildings built, before they were built.
a.    Calling friend Loraine, seeing her in ‘new’ building with glass front and glass on the front of building across the street, in RR.  Einstein Bagels opened up with glass front, two glass fronts appeared, one of the front of Heinens and on front of other coffee shop in Rocky River.
4.    Building on Sloane and Detroit, where I saw a door on the side of the building a coffee shop inside with tables outside.  (All came true)
Earthquakes:
5.    Haiti, Tuesday, 12 January 2010, Chile, February 27, 2010; and Fukushima Earthquakes, ( could only get a few days close to the Chile and Haiti quakes, but was spot on (by actual Date: Mar 11, 2011) for Fukushima.  (All of those were posted on FB as predictions, I was harassed by some people, saying I was fear-mongering, earthquakes happen all the time!)  Then they all happened.  Major earthquakes.
6.    Crash of 2008, (by date, October, 2008) successfully negotiated out of the last 2 years of my lease, to close my center, ONE MONTH BEFORE IT HAPPENED.  (Witness, actual Carol Zung, Dag, Nanda, all at Dagmar’s table, while I nervously told them about what I saw happening, (Senate doors closed and the senators, all being forced to sign a deal for bail-outs) I wrote an 8 page paper on how we could avoid the mortgage crash and brought it to my congressman in April of that year, but they rejected it, since ‘the economy is doing great!’; legal records leases, and Mickey, the landlord.
7.    911 (dreamt it) then wrote a letter to President Bush, warning him, and that he should not invade Iraq, because we would get bogged down there for decades, and they would not so easily extract the oil because of constant saboteurs, and that there would be a major hurricane to hit New Orleans, bringing too much water and flooding the levy’s.  All written in letter that was dated BEFORE IT HAPPENED: Witness: Carol Z.
8.    Donald Trump, winning the EL-ection, the day he through his hat in the ring.  I KNEW THE MOMENT HE SAID HE WAS RUNNING HE WOULD WIN and told everyone, Hillary WOULD NOT WIN.  A lot of ‘psychic’s’ and astrologers I know personally, said Hillary would win, after the fact, claiming they knew too.
9.    HURRICANE TO HIT PUERTO RICO, told friends not to go during that time.  Witness: Tina M.
10. Personal predictions, far too numerous to mention.

Posted by Sangreal Glow at 2:02 PM 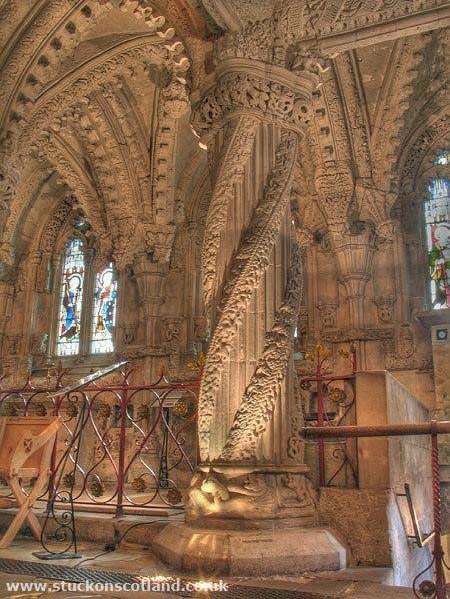 pillars are the winding connection between heaven and earth